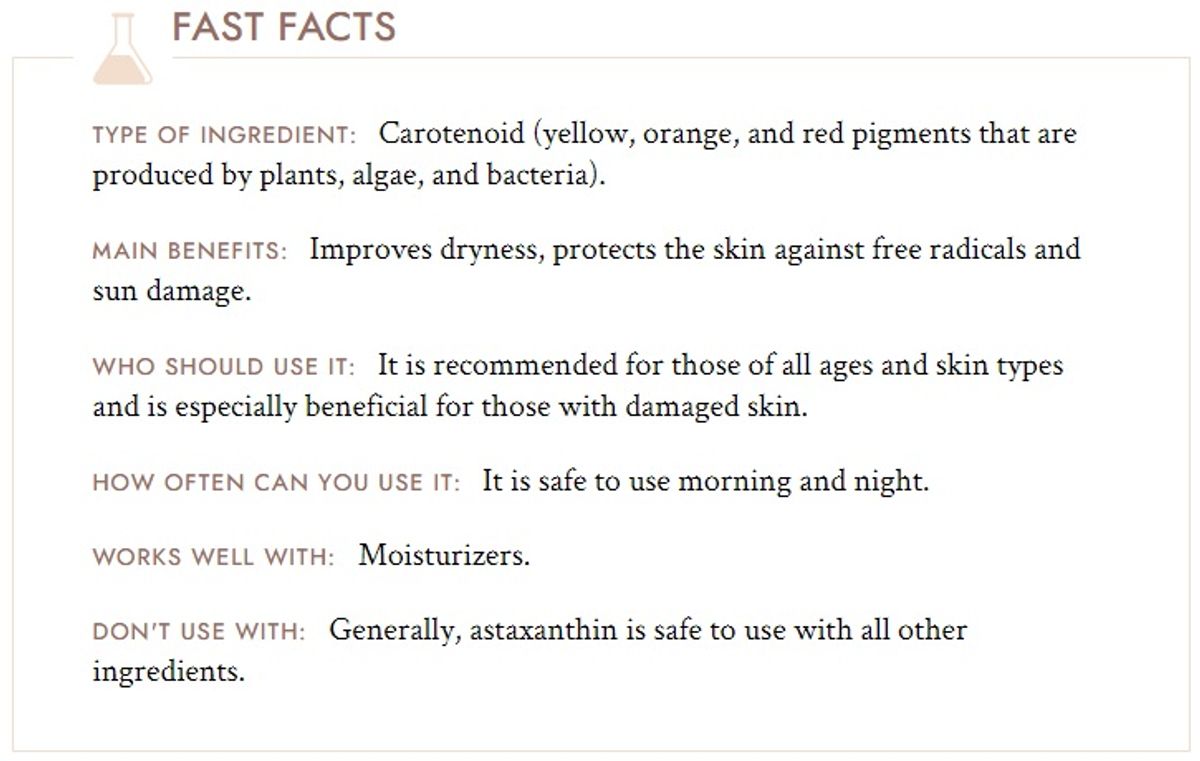 Astaxanthin has been claimed to be the King of Antioxidants, yet many has not heard about this amazing ingredient! Sure, if you’re a skin care junkie, chances are you’ve already heard of the red pigment Astaxanthin. Well, whether you have heard of it or not, fret not as I am about to introduced it to you right now :)

Seriously, what is it — What is this Astaxanthin?

Factually speaking, Astaxanthin is a red pigment that belongs to a group of chemicals called carotenoids. It occurs in certain algae and causes the pink-red color in salmon. Basically, they can be found in various foods. And they kinda looks like this... (at least in powder form).

"Astaxanthin is a potent antioxidant known as a carotenoid, found in various foods," says Joshua Zeichner, MD, a dermatologist based in New York City and the director of Cosmetic and Clinical Research in Dermatology at Mount Sinai Hospital. "It naturally has a bright red/orange color, and its high content in salmon is what gives it its color. It also is found in some forms of red algae. Studies have shown that the antioxidant ability of Astaxanthin is much more powerful than Vitamin C."

How Does Astaxanthin Work?

Your body cannot produce Astaxanthin on its own, which means you have to get it through food or dietary supplements. Those who prefer Astaxanthin-rich foods should consume plenty of salmon, shrimp, lobster, rainbow trout, and other seafood.

Seafood, however, might not be a plausible way to get significant amount of Astaxanthin. The richest seafood source – sockeye salmon, for instance, has only 4.5mg of the compound per every ounce. That’s not enough to spur the desired health benefits.

That’s why most people go for dietary supplements.

So, how does Astaxanthin actually work? It’s pretty simple and straightforward: it’s an antioxidant.

Against this background, it is quite clear that Astaxanthin is hands down one of the best ways to ingest antioxidants into your body.

As you may already know, antioxidants are important for your body. They play a big role in human growth, health, and wellness. These nifty compounds boast some of the most powerful anti-inflammatory properties.

How to Use It

Serums, moisturizers, oils, and food supplements containing Astaxanthin can be used morning and night, depending upon what else is in the products. In fact, it might even be a good idea to combine it with other powerhouse antioxidants, such as vitamins C or E. 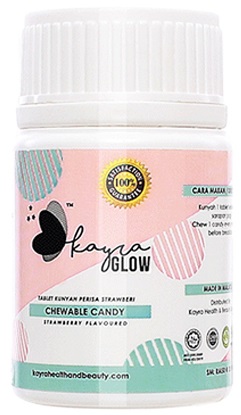 This tasty tablets (strawberry flavoured) from Kayra essentially does it all: revitalizing, brightening skin, boosting the immune system with an all-star roster of antioxidants. It's a great option to hydrate the skin and fight off damage from free radicals. Plus, the other Key Ingredients of this superb supplement is Vitamin C!